It’s one thing to launch a bevy of Alexa enabled devices including a handful of Echos. It’s another thing for Amazon to address the integration challenges and privacy concerns. At Amazon’s hardware event, the company aimed to thread the needle.

Amazon has stormed the market with Alexa and Echo devices, but now has pivoted to address more pain points such as smart home integration, privacy and more intuitive voice features.

At Amazon’s hardware event in Seattle, a barrage of Alexa features and Echo devices were unveiled by David Limp, Amazon’s hardware chief. You’d be forgiven for thinking the real product was Alexa, which has interactions with customers billions of times a week, or the actual speakers and devices in the Echo constellation.

Amazon’s strategy is relatively straightforward. Launch Echo devices to put Alexa everywhere–85,000 Alexa compatible devices and counting–with a combination of value prices and new features and use cases. But there are a few nuances worth noting.

Here are the takeaways:

Amazon tackles the smart home integration issue. Limp noted that Amazon is thinking about “making the smart home simpler.” To that end, Amazon launched a Certified for Humans program, which identifies devices that are “struggle-free, tinker-free and stress-free.” To that end, Amazon outlined some initial products in its simple smart home program as well as the Eero dual-band mesh router for $249 for a three-pack with Alexa voice control. Alexa also integrates a feature called Hunches into Routines. Hunches will tell you things like when to change batteries in a smart lock, turn off the lights and manage your house. Hunches was launched already, but the integration with Routines will make it more useful in the smart home.

The company also added Amazon Sidewalk, which is a low-bandwidth network that uses the existing 900 MHz spectrum to extend the distance of your smart home setup.

Alexa improves and can go multilingual. Alexa now has neural text to speech technology that allows Alexa to be more expressive, mimic expressions and switch between two languages. This mimic capability means Alexa can do celebrity voices with permission. There will be an extra charge for celebrity voices. Alexa can also detect your frustration. There’s also an Alexa version for kids. 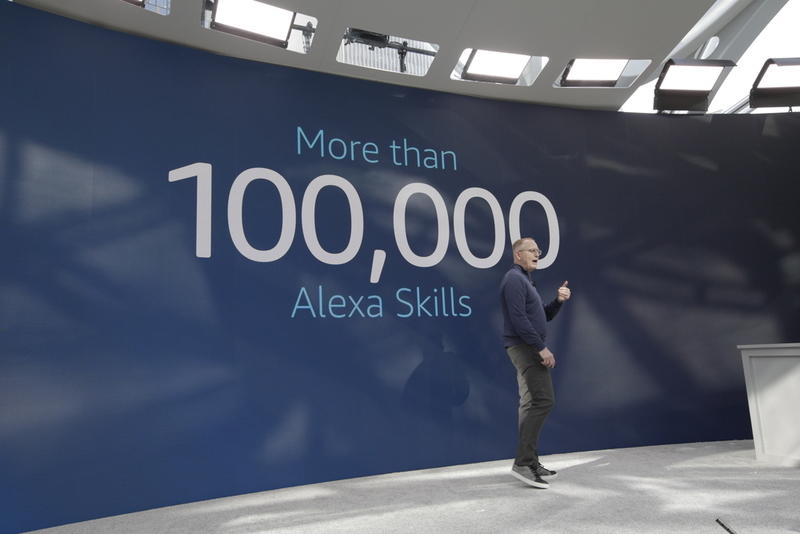 Amazon keeps its Echo carpet bomb approach to product launches. For a while, Amazon what appeared to be a curated, more focused set of product launches. And then the experiments arrived. Echo Frames, which just has a microphone for Alexa and not much else. Echo Loop, a smart ring. Fetch, so you can find your dog. And then there’s Echo Glow for $29.99 as well as some obvious simple moves like the Echo Flex you plug into a wall. Yes, Amazon has an Alexa enabled microwave going for $249. I’m probably missing a few dozen.

Amazon addresses Alexa and Ring privacy concerns. Limp said that Echo’s wake word is now 50% more accurate to reduce errors and false starts. Alexa also gets a privacy hub so customers can delete data on a 3- or 18-month basis and opt out of human reviews. Ring gets controls to stop recording audio and video when home. These privacy moves are largely reactionary, but the addition of a command, “Alexa, why did you do that?” offers a short explanation for transparency. Did Amazon meet its privacy challenge? Perhaps. Clearly, Amazon took a step forward and the transparency play is a nice touch. 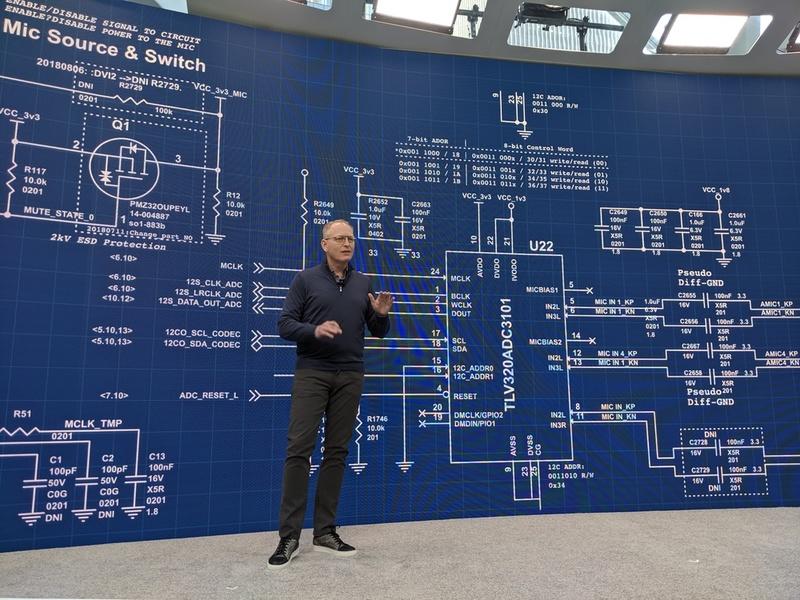 Echo goes higher end. Echo Studio has a high-end speaker and a bevy of sound improvements. Echo Studio is the answer to Apple HomePod and Google Home Max with an price of $199 available for preorder. Amazon also is connecting every 4K Fire TV to Echo Studio so it can stream Dolby Atmos directly.

Echo are nodes for Alexa more than anything. Whether it’s the Echo Dot with a clock or any other device, what Amazon is really doing its broadening the base for Alexa, which will get smarter with more interactions and data. Amazon also launched the new Echo, which will have better sound, new fabric designs and a feature called Guest Connect that lets you play music on your friend’s Echo. There’s also a new version of the Echo Show with a built-in camera cover. Echo Auto takes Alexa to cars that don’t already have integration deals in place.